In this article I will write down my experiences with the CORE Body Temperature Monitor and the CORE App for Google Android as complete and acurate as possible.

This relative new sensor is seen on the World Tour road racing level and also with other professional athletes on their way to the hot and humid Tokyo Olympics in 2021. But also Filippo Ganna and Team INEOS used the CORE sensor to beat the UCI Hour Record.

In the small square box with an actual size picture of the CORE Body Temperature Monitor you will find:

All in all it is a compact box with a lean and mean set of contents.

The CORE App for Google Android has a relative simple structure in 4-tabs, that allows for stand-alone use of the CORE Cody Temperature data, trends in time (year, month, week) as well as a training diary/calender.

I will briefly touch on the feature of each screen of the CORE App for Google Android.

In the overview tab you will see a block with the CORE sensor information like bluetooth connection, battery, connected heart rate from strap, easy access to settings and the option to switch between CORE Body Temperature sensors or add one. The second block about the data summary of this and last week. The third block is about achievements, you’ve unlocked.

The second block is a graph that shows the Core Body Temperature, where you can select a timeframe (24, 4 or 1 hours) as well as a temperature range (vertical). Below the graph you will see the different temperature zones (a similar distribution like power zones) as well as a guide to understanding and using your date. This is a link to a blog post on the CORE Body Temp website.

Personally I like to look at data on a laptop (and not a relative small phone screen) so check out the BodyTemp Help article: “How to view / analyse the data from CORE” Also check out the CORE Sensor Compatibility page.

The Diary tab of the CORE App is simply showing all calendar months up to now (from October 2021). On the respective days that a sports activity was conducted, you will see ana exercise icon and a horizontal bar in the calendar day (green, red, blue)

One of the most important use cases for me is to update sensor firmware from the CORE App for Google Android. The CORE firmware changelog is relative short (which tells me it is a stable product.

A little while ago I’ve published the review of the 4iiii Viiiiva Heart Rate Monitor. And while having used Polar and Wahoo heart rate sensors in the past, the 4iiii Viiiiva Heart Rate Monitor has been my preferred choice for the last couple of years. While it can act as a bridge for both the Bluetooth and ANT+ protocols, the connection with the CORE Body Temperature sensor was an easy activity.

After this one time set-up it has been working flawlessly, and the advantage of the Wahoo cycling computers is the Elemnt App for Google Android to manage the pages, data fields and settings from your smartphone. The CORE Body Temperature is now part of my default page on the Wahoo Element Bolt Stealth Edition.

Also for Garmin devices (both smartwatch and cycling computer) there is a good manual available on the CoreBodyTemp Help Center: “Using a Garmin device with CORE“. I’ve recently transferred from the Polar Vantage M to a Garmin Fenix 7, and out of the box pairing with the CORE Body Temperature sensor on this smartwatch is plug and play. It is added into a specific profile and saved in the .fit-file.

If you are a wearOS smartwatch user, than you are covered as well with the greenTEG AG CORE body temperature WatchApp.

For now it is not possible to connect the CORE Body Temperature Monitor as a sensor to the Polar Vantage M multisport watch. For me it would be interesting to simply measure it during running and hiking activities, just like I do on my road bike. So I hope that both Polar and CORE can work out a way to connect the sensor to the Polar Vantage, Ignite and Grit-X series.

Testing an working with the CORE Body Temperature Monitor reminds me of the days when I first used the Polar ProTrainer XT heart rate monitor. With the CORE Body Temperature sensor you will get one more variable to increase your understanding of the human engine, and the impact of temperature on performance. Please check out the book The Secret of Cycling for more interesting scientific insights (or if you are a runner check out the book The Secret of Running from the same authors)

The CORE Body Temperature sensor is being used by professional world-class athletes, and therefore the integration in the ecosystem of devices (smartwatches, cycling computers) from the major brands Garmin and Wahoo works like a charm, even though it is being set-up as a muscle oxygen sensor and or a funky named data field. It simply works. Unfortunately I don’t have visibility anymore in the Polar ecosystem, to see if the pairing would work with a newer type of smartwatch.

The price-point of the CORE Body Temperature sensor is € 258,– which is certainly not cheap (direct order from CORE). But if you are a data-savvy cyclist with a powermeter as well performing indoor and outdoor training, than it makes sense. Also when you are living in a hot and humid country this extra parameter is super valuable while training (and keeping cool).

CORE has agreements with many World Tour cycling teams, but one of the coolest projects (in addition to the Olympic efforts in Tokyo) is “How Filippo Ganna and Team INEOS used the CORE sensor to beat the UCI Hour Record”. Check out the video here and a very very cool CyclingTips article: “Optimising Ganna: CFD, CdA, CORE & Bigham.”

CORE Body Temp use cases outside of sports

But CORE has also use cases (in validation) outside of sports, which are:

When you look at this sensor from a medical or work safety angle, than the price-point is a different conversation compared to the value you gain from it. In this context I definitely like the research papers section on the CORE Body Temp website that summarizes a number of scientific research papers.

To summarize, the CORE Body Temperature Sensor gives met the Polar ProTrainer XT enthusiasm in gaining a new understanding and learning of my body and physical efforts in different temperature conditions. Another great review I would like to advice is on DCRainmaker: Hands-on: CORE’s New Skin/Body Temp Sensor with Garmin/Wahoo integration.

What do you think of the CORE Body Temperature sensor and would you invest € 258,– into it?

Please note that CORE, a greenTEG AG venture, provided me with a review sample. The contents of the review with my own set-up of devices was not influenced by CORE.
Tweet
Share1
Share
1 Shares 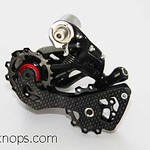 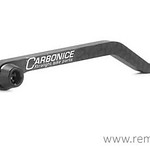 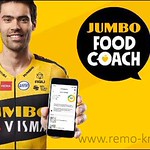 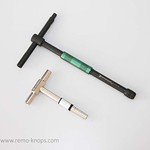 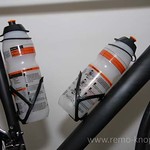 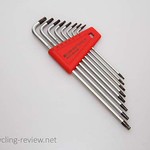